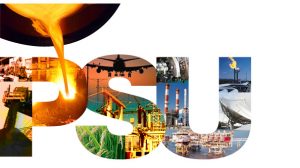 The Center is thinking about offering up to 25 for each penny of its stake in four state-managed organizations under the control of the department of defense through a intial public offering (IPO), said in a press release on Friday.

The Department of Investment and Public Asset Management (DIPAM) has welcomed proposition for the IPO by 3 pm on August 18. The administration is hoping to offer stakes in Mazagon Dock, Bharat Dynamics, Garden Reach Shipbuilders and Engineers and Mishra Dhatu Nigam. The offers must be put together by August 18 to DIPAM, which handles disinvestment of open segment ventures, the tender said.

Prime Minister Narendra Modi’s led government has been stripping its stake in a few open and privately owned businesses to meet its Rs 72,500 ($11.38 billion) divestment focus amid the year to March 2018.

The Cabinet in April cleared the disinvestment of these four PSUs under the defense ministry, and from there on DIPAM welcomed offers from trader financiers and lawful counsels for dealing with the stake deals. Miniratna PSU BDL was set up in 1970. It fabricates guided rockets and partnered safeguard hardware. It’s approved offer capital was Rs 125 crore and paid-up value capital was Rs 122.19 crore as on January 31, 2017.