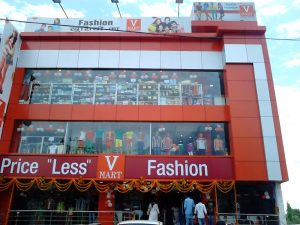 Shares of V-Mart, which runs medium-sized stores that sell clothes, accessories, footwear and everyday staples, have risen 10-fold since they began trading in February 2013.

The attraction for Indian consumer market has been on the rise.

Jefferies India Pvt Ltd. has now joined in the chorus for showing a successful growth as a producer of staples and branded goods. It has picked up in a sector that comprises V-Mart Retail Ltd, a company whose stock market has performed outstandingly making it world’s best department store chain this year, as per market sources.

Shares of V-Mart have risen by 10 times as much since they were first traded in the stock market in February 2013.Company’s shares are up by 47% -highest among 105 department stores globally with a minimum market value of $200 million.

The blistering rally means the current valuation already reflects V-Mart’s near-term growth outlook. That’s prompted Jefferies to recommend a hold on the stock, which until Wednesday was rated a buy by all nine brokers tracking it.

Given the good performance of stocks, Jefferies has a put a hold over their stocks which until Wednesday was rated by all nine brokers.