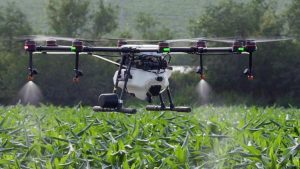 FMCG major ITC today said it has partnered with NITI Aayog to Help, Prepare and Train 2 lakh farmers to build their pay and raise efficiency of real harvests in 25 “aspirational districts” across seven states in the country by 2022.

These 25 aspirational districts are in Assam, Bihar, Jharkhand, Madhya Pradesh, Maharashtra, Rajasthan and Uttar Pradesh and association is for a time of four years, i.e. up to April 2022, ITC said in an announcement.

“The association is for a time of four years up to April 2022 with the prime target of expanding net comes back from cultivating through diminishment in expenses of creation and expanding profitability of significant yields in every one of the distinguished area,” the comapny said.

“It is normal that more than 2 lakh lead farmers in 25 regions will be prepared as a piece of the organization… NITI Aayog will work in close cooperation with the area organizations and ITC to manufacture limits of pertinent government augmentation staff to make a companion of ace trainers,” said in an announcement.

These mentors will disperse feasible rural practices and layouts for regular arranging at gram panchayat level, while the gauge and endline information will be gathered by ITC for affect documentation, mapping of government plans and projects for enhancing effectiveness of conveyance.

“In order to ensure implementation, performance review and problem-solving will be undertaken by a specially constituted Project Management Committee (PMC) at the district level. PMC will work as a team under the concerned District Magistrates looking after the Aspirational District programme,” ITC said.

The affiliation will cover five locale each in Assam, Bihar, Madhya Pradesh and Uttar Pradesh, while two each will be in Jharkhand and Rajasthan.

ITC said one region of Maharashtra will likewise be considered under this program.