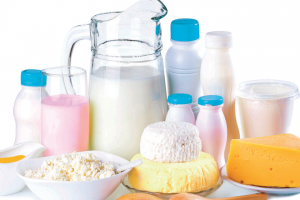 ITC’s milk, ghee, paneer and curd would be sold under the ‘Aashirvaad’ brand while its milkshakes will be sold under a different brand.

Having just entered the fresh diary industry as of late in West Bengal and Bihar with the dispatch of milk pouches and curd, ITC is currently taking a gander at growing its dairy section and is reflecting on dispatch of new items, some of which will be sold pan India level.

“We will enter the milkshake category in the next couple of months and will also launch paneer shortly. There are teams working on cheese and Tetra Pak milk categories,” said Hemant Malik, Divisional Chief Executive–Food at ITC Ltd.

While the organization has limited on the previous two categories, the latter two are under consideration.

The milkshake (special flavored milk) segment in India is pegged at Rs 15 billion and ITC is well on the way to think of a kesar badam and natural product variations in milkshake.

In spite of the fact that the past dispatches in the dairy portion has been under the Aashirvaad mark, the milkshake will be under an alternate personality.

It will be made at its Kapurthala plant in Punjab, where ITC has just contributed Rs 8-10 billion. Spread more than 65 acres of land, this plant additionally delivers atta, snacks, noodles and different items.

Malik said the dispatch will be on a pan india level and as ITC scales up the dairy business the country over, it is destined to center around business sectors where it has center dispersion and acquisition qualities. These business sectors are in Uttar Pradesh (wheat acquirement), Madhya Pradesh (soya), Andhra Pradesh (tobacco) and Karnataka.

Paneer, then again, will be sold largely in the Bengal-Bihar region.

“In the fresh dairy segment, the focus will be on Bengal and Bihar at least in the coming six months. But if we see a larger opportunity and the category expands, we may opt expansion into other states as well,” Malik said.

Following 10 years of hold up time, when it was setting up its back-end and acquirement channels, ITC previously propelled milk pouches and curd in Munger and Patna in Bihar, denoting its entrance into fresh dairy which requires cold storage warehouses. As of late it started offering these items in Kolkata also. The organization had first entered the dairy vertical in 2015, with the dispatch of ghee under the under Aashirvaad Svasti mark in south India. The ghee has been stretched out to business sectors in Delhi.

Broadened aggregate ITC Ltd is hoping to extend its dairy portfolio by propelling the paneer and milkshakes sections inside two months.

Prior, ITC had gone into the dairy portion with the dispatch of drain and ghee in select markets. The organization has as of late presented drain and curd for the Kolkata showcase.

Hemant Malik, Divisional Chief Executive (foods) of ITC, said, “We are going to launch paneer for the Kolkata market and milkshakes pan India within two months.”

ITC is focussing on region-specific products as consumer tastes and preferences vary across geographies.