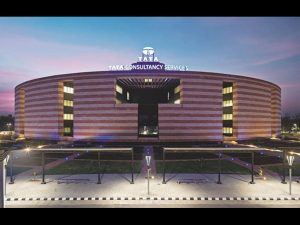 Tata Consultancy Services Ltd (TCS) is gearing up to overtake DXC Technology Co. to become the world’s third-largest software services company in fiscal 2018-19, signalling the first change in the pecking order of the information technology (IT) outsourcing industry in two years.

If TCS does surpass DXC, it will only lag behind International Business Machines Corp (IBM) and Accenture Plc.

DXC Technology, formed by the merger of Computer Sciences with a division of Hewlett Packard in 2017, needs to clock a 5.06% sequential growth in the fourth quarter to end with $20.91 billion in revenue. Couple of market experts believes that it is unlikely that DXC will manage this growth. DXC declares its fourth-quarter earnings on 23 May, 2019.

TCS’s strong performance and stellar results credit goes to the change of guard at the company top level. In 2017, TCS entrusted Rajesh Gopinathan, who was then chief financial officer, to take over as chief executive and succeed N. Chandrasekaran, who was named the chairman of Tata Sons Ltd. Still, the company managed to sustain all its senior level executives and improved its growth, business and profitability, with the rational view that this was one of the smoothest management transitions at an Indian corporate ecosystem.

On the contrary, DXC corp has done lots of diversification and restructured much of its businesses paradigms. DXC had $25.39 billion in revenue when it was set up in 2017, while TCS ended with $17.57 billion in revenue. This hints that over the last two years, DXC has seen major decline in its revenue by more than $4 billion, while during this time TCS has managed to generate $3.34 billion in incremental revenue.

Much of DXC’s lost revenue was on account of the company selling its US public sector business, which accounted for $2.8 billion in revenue, to private equity firm Veritas Capital last year.

TCS could do even better in coming decade if the soft skills of all would improve. This implies improving cultural competence and intercultural communication skills to excel in agile teams and even more important to localize and become part of the societies and communities where the company operates. Integration is sub standard now negatively impacting financial results and the way the company is being perceived abroad.

“TCS is widely described these days as the ‘Walmart of IT Services’—the firm can pretty much win any large deal it wants and deliver it,” said Phil Fersht, chief executive of US-based HFS Research. “Its size and execution focus put it in a commanding position in the market and this is almost impossible for the likes of DXC to compete with.”

“I see Accenture emerging as its principal competitor with its SynOps platform, and these two will duke it out for market dominance over the next 2-3 years,” he said. “DXC will likely strip off several business divisions and add more in the future as Mike Lawrie (chairman and CEO of DXC) tries to find a final point to regrow a firm that is, quite frankly, in a lot of trouble trying to compete in an extremely cut-throat market.”

The IT outsourcing industry is going through enormous transition phase and facing huge hurdles and challenges from next generation technologies like automation software, cloud computing and artificial intelligence-powered platforms.

For now, Accenture and TCS are the two companies among the large IT firms that appear to have steered through this disruptive period with any degree of success.

TCS responsibility has now increased multi fold times compared to five years back. TCS rise in the ranking comes with the responsibility of how it wants to grow in the future. Investors will demand higher margin growth if decides to follow it will involve automation and pruning the middle layer. The 3rd largest player decision for its employees and the employees of its customers will be under more scrutiny especially in US and Europe. Will it offer these employees a chance to upgrading themselves will be a crucial determinant in its perception as a responsible employer. TCS has a bigger workforce than Accenture and a lower per employee revenue, though its margins are higher because of base salary. Accenture has been reinventing every quarter through acquisitions and internal disruption, it is willing to let go of revenues that do not add value in the long term. The digital disruption that the top three IT services firm are driving will also impact their own employees as fast. Some like are Accenture are rapidly doing it internally and this has a cost, an employee attrition or firing cost. How TCS addresses this challenge will set the benchmark for the IT services sector in India if not globally.