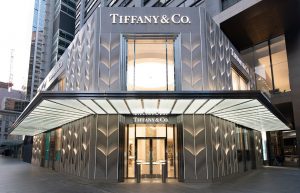 Reliance brands has inked a deal to bring the Favorite Hollywood’s jewelry brand Tiffany & Co. to India.Tiffany has been a great hit in the European Market. In its nearly 200-year presence, Tiffany & Co. has developed into the quintessential American jeweler with a worldwide reputation for luxury and lifestyle. “As far as our speculation policy on rumors and concerned, we politely decline to comment,” said a Tiffany spokesman about the deal.

Tiffany’s is making consistent approach for foraying in Indian Market from a long time. This will be the third effort to create a presence on the Indian market by New York City headquartered Tiffany & Co. His first franchise agreement with a domestic Indian jeweler did not worked out, opening a shop in Mumbai’s Oberoi hotel years earlier.

The brand is currently spread across China, Australia, Canada, France, United Kingdom, Hong Kong, Japan and the United Arab Emirates in addition to the United States. Tiffany & Co.’s global net revenues decreased 3% year-on-year to $1 billion in the first half of 2019, and its net profits of $125 million were 12% lesser than a year ago.

Reliance Brands, a subsidiary of Reliance Industries, offers Mega Lifestyle, Fashion and luxury products in India like Ermenegildo Zegna, Brooks Brothers and Bally. Tory Burch is too in the Line. In addition to Tiffany & Co., Reliance Brands has joined hands to take Tory Burch to India, an American fashion brand, and both products will be unveiled at the Jio World Center Mall in Mumbai, which is already in pipeline to get launched in April, 2020.

Tory Burch, the brand developed, controlled and established by the magnificent respected author Tory Burch, which manufactures and market women’s clothes, clothes, handbags and other merchandise and is marketed across the world in specialty shops including Saks Fifth Avenue, Harrods, Bergdorf Goodman, Bloomingdale’s and Nordstrom.

According to market experts Reliance Industries parent company is looking to list Reliance Retail on Stock Exchanges through a Initial Public Offering as soon as possible. Reliance Retail has a range of over 40 global products spanning luxury, luxury bridge, high premium and high street lifestyle. For these global products, the firm runs 661 shops.