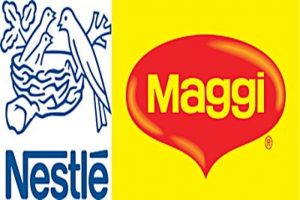 Nestle India had recently made an official annoucement that is going set up its ninth factory in India at Sanand, Gujarat, with an first round of investment of about ₹700 crore over the next two years.

Nestle India had recently posted a net profit of ₹437.84 crore for the second quarter ended June 30, 2019 up 10.8 per cent from ₹395.03 crore posted in the corresponding quarter last fiscal. Revenue from operations grew 11.2 per cent to ₹3,000.85 crore. It follows a January-December financial year.

As per the reports Maggi noodles plant will be firm’s 9th in the country.

In a statement, Suresh Narayanan, Chairman and Managing Director, Nestle India, said: “In line with our commitment to ‘Make in India’, we will soon commence the construction of our newest, and ninth, factory in India, at Sanand, Gujarat. This state-of-the-art, environmentally sustainable factory for Maggi noodles will involve an initial investment of nearly ₹700 crore over the next two years and will generate employment for about 400 people.”

The company said in a press release it is very optimistic on Indian economy and domestic sales in the second quarter grew 13.1 per cent “largely driven by volume and mix and positively influenced by sales to CSD and sale of surplus fat”. However, export sales dropped 13.9 per cent due to lower coffee exports to Turkey and other countries.

Talking about the quarterly earnings, Narayanan said: “I am pleased to share that with this quarter, we have delivered 10 straight quarters of volume and mix-led growth…However, the environment continues to be challenging with headwinds in commodity prices and softer demand conditions.”