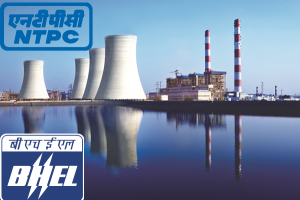 The demonstration plant shall be based on the Advanced Ultra Super Critical (AUSC) technology which marks a significant improvement in operational parameters over contemporary super critical technology. The plant will prove to one of the most efficient power plant in the world, once it becomes operational, resulting in reduction of carbon-di-oxide emission by about 20% as in comparison to the conventional sub-critical technology.

The fructification of the innovation exhibition full scale plant will be a firm tribute to the nation’s atmosphere responsibility as it is an intentional activity. It will likewise bolster satisfaction of the NDC (Nationally Determined Contributions) submitted by India as a component of the Paris Climate Agreement. Further, there will be numerous elusive advantages as far as enormous number of turn off innovations being created, advancement of a huge unit of technologists, building trust in home-developed advances and so on.

A consortium of BHEL, NTPC and IGCAR (Indira Gandhi Center of Atomic Research) was shaped in 2010, under the aegis of the workplace of the PSA which has been chipping away at the improvement of the AUSC innovation. The exhibit of the R&D innovation created by the consortium is being arranged by BHEL and NTPC as the following period of the general innovation improvement program.