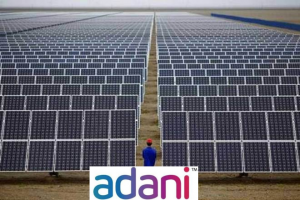 Adani Group recently made a official announcement in a press release that is very keen to invest Rs 5,500 crore over the next five years in power transmission and food processing sectors in Uttar Pradesh, even its chairman Gautam Adani said on 28th July 2019 at second groundbreaking event.

Speaking on the occasion of the second groundbreaking ceremony that will see the launch of couple of green field projects by major conglomerates, Adani said he had announced his investment plans during Uttar Pradesh investors’ summit in February 2018 and also undertaken work of two power transmission projects which has already been initiated.

Talking about his plans to focus also on other areas such as data centre and defence, he said that going by the size, population and strategic location and demographic dividend of the state, Uttar Pradesh can emerge as a leader in these sectors as well.

“our presence in the defence sector is very important for us. It is my dream that Adani Group sets up a world-class defence manufacturing hub in the defence corridor in Uttar Pradesh,” he said.

He further added that Adani group has set up units having the capacity of 15,000 metric tonnes in Kannauj for upgrading the food grain storage capacity in the state, he said it was already working on developing multi modal river terminal in Varanasi for improving the connectivity via waterways.

Underlining that the development story of the country is incomplete without Uttar Pradesh, Adani said the state is being viewed as the fastest-changing and it will play an important role in reaching the target set up by Prime Minister Narendra Modi of $5 trillion economy by 2024.