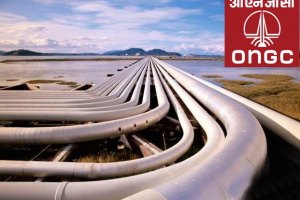 Maharatna company ONGC is the largest crude oil and natural gas company in India. It has 3 plants and 13 process complexes across the country including Navi Mumbai. It has a 25 thousand kilometer long pipeline.

Maharatna company ONGC is the largest crude oil and natural gas company in India. It has 3 plants and 13 process complexes across the country including Navi Mumbai. It owns a 25 thousand kilometer long pipeline, which it operates by itself. That is, it has 6.6 times longer pipeline than NH 44 (Srinagar to Kanyakumari), the longest highway in the country.

A massive fire broke out at ONGC’s LPG plant in Uran, Maharashtra on Tuesday. The death toll in the fire reached 7. Two people are injured right now. ONGC told via Twitter that the fire has been completely controlled. It goes on to say that soon after the fire, the other people present there were taken to a safe place. At around 7.20 am on Tuesday morning, there was a loud sound of explosion in the plant. Currently, the cause of the fire has not been known yet. Uran falls near Navi Mumbai, where ONGC has a plant. Relief and rescue workers are present at the scene. After getting information about the incident, police reached the spot and started investigating the case.

The total market capitalization of the company is around Rs 1.551 lakh crore. ONGC contributes about 73% of Indian domestic production and produces about 30% of the total requirement of crude oil.

ONGC has discovered 6 out of 7 oil and gas producing basins in India. The largest company in India has set up 8.70 billion tonnes of hydrocarbon reserves. It has produced 3.2 million metric tonnes (mmt) of crude oil and 645 billion cubic meters (cbm) of natural gas from domestic acreage, oil deposits.

This company has the largest share of hydrocarbon acres in India (61 percent in PEL fields and 81 percent in ML areas). ONGC has about 10 per cent of the total Indian processing capacity.

The company started six decades ago with an equity capital of Rs 343 crore and since then the company has created assets worth over Rs 9 lakh crore. Oil and Natural Gas Corporation (ONGC) Chairman and Managing Director Shashi Shankar recently told reporters that the company has adopted a new ‘Energy Strategy 2040’. With this, the company is moving on a new path to further increase its wealth.