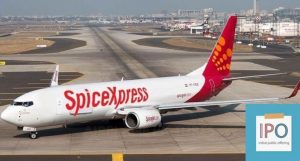 Ajay Singh reveals plans for cargo arm SpiceXpress IPO by 2020. The one-year-old cargo division, known as SpiceXpress, could be listed on a stock exchange within 12 months.

Indian budget carrier SpiceJetNSE 0.00 per cent plans to sell shares in its logistics business in an initial public offering, as the rise of e-commerce drives demand for fast shipping across the region. The one-year-old cargo division, known as SpiceXpress, could be listed on a stock exchange within 12 months, SpiceJet Chairman Ajay Singh said in a statement.

According to the latest domestic air traffic data released by the Indian aviation watchdog directorate general of civil aviation (DGCA), SpiceJet attained its highest-ever market share in the country. With SpiceXpress dedicated freighter services we aim to ramp up its competence serving up to 150 destinations across India, Asia and Europe by 2022. And other hand we head to become a leading player in the Indian cargo industry.

SpiceXpress created history by becoming the first Indian airline to export livestock from the Mumbai Airport. The freighter service exported 881 livestock from Mumbai to Sharjah today. In another push to regional connectivity, SpiceXpress, the cargo wing of SpiceJet Limited, has started the trial of cargo services from Delhi to Indore. A Cargoliner B737 will operate for 15 days on a trial basis.

SpiceXpress’ new 737-800 freighter to commence operations in South Asia. SpiceJet is expanding their cargo operations with the 737-800 Boeing Converted Freighter. This freighter gives operators the right size, efficiency and capability to succeed. Spicejet’s cargo arm SpiceXpress has taken the lease-delivery of its first plane a 737-800 Boeing Converted Freighter.

SpiceXpress has launched its dedicated domestic freighter service in India. The dedicated service is now successfully operational across Delhi, Mumbai, Bangalore, Hyderabad and Chennai. The only Indian carrier creating history with Scheduled Freighter operations within India