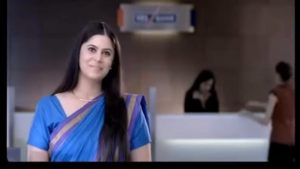 Mid-size private sector lender Yes Bank today said it will be lending to small businesses against their GST returns.

Yes Bank is India’s fourth biggest private segment bank said on Friday that it will loan cash to micro, small and medium enterprises (MSMEs) in light of their GST returns. It has propelled a new credit product that will boost and also would help the private companies to get a possibility for overdraft facility and is a first-of- its-kind product in the banking industry. Presently the organizations can benefit OD’s dependent upon Rs.1 crore, in light of their yearly turnover and upheld by GST returns.

It has launched a GST returns-based overdraft facility through which businesses can borrow up to Rs 1 crore, it said in a statement.

The overdraft will be given based purely on the borrower’s annual turnover and GST returns, it added.

The bank propelled a GST return based overdraft facility which would help the organizations to benefit subsidizing for their capital. YES Bank had propelled ‘YES GST program’ a year ago to enable MSMEs to comprehend the effect of the progressions and set them up for relocation to the new GST framework. Till date, the bank has directed 112 workshops, in this manner affecting more than 9,500 MSMEs that have availed and benefited the loans. GST return based overdraft helps the MSME’s by way of loans can be processed within a day, as against the earlier requirement several documents and delays in getting fund.