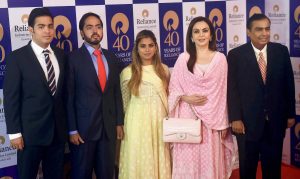 India now has two companies that are valued over $100 billion.

RIL has been able to scale $100 billion in market value despite the rupee depreciating 7.5 per cent against the US dollar.

Financial analyst and market experts say RIL’s aggressive growth plans for its digital and retail venture revealed in its 41st Annual General Meeting (AGM) on July 5 could be the reason behind the recent surge in RIL shares.

The brokerage firms expect RIL to report 45 per cent annual growth in its operating profit for the April-June quarter.