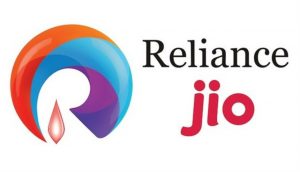 After making big disruption in the telecom industry, Rekiance Jio is now looking for big opportunities to maximize its market share in the telecom space. The telecom giant will replace Bharti Airtel to serve the country’s largest accounts in telecom – the railways – from January 1, with officials saying it is likely to slash the national transporter’s phone bills by around 35 per cent at least.

Indian Railways has been using Bharti Airtel for over six years as its telecom partner for services of 1.95 lakh mobile phone connections used by its employees in closed user group (CUG) across the country for which the railways paid around Rs 100 crore bill per year.

A Railway Board order issued on November 20, 2018 said it “had assigned the responsibility to RailTel (railway PSU) for finalisation of fresh CUG scheme for Indian Railways as the validity of the existing scheme is expiring on December 31, 2018. Fresh CUG scheme had since been finalised by RailTel and Reliance Jio Infocomm Limited has been awarded the contract to implement the scheme.”
“The fresh CUG will come into effect from January 1, 2019,” said the order which detailed the tariff rates to be provided by the company.

Closed User group (CUG) is a supplementary service provided by the mobile operators to subscribers who can make and receive calls from any member associated within the group. This service is applicable for SMS also.

For regular subscribers, a 25 GB plan of Jio is offered for Rs 199 and subscribers have to pay Rs 20 per GB thereafter to top up their plans.

Railway employees have to pay Rs 10 for 2 GB of extra data they use and more thereafter, according to the tarriff plan worked out by Jio.

Under the scheme, Reliance Jio, the recent entry in the telecom space, will provide 4G/3G connections and calls will be totally free of charge.

While under the current scheme railways is charged for calls outside CUG, the plan from January 1 will not do so. Also, the 3G/4G data pack in effect from next year is much cheaper than the current packs available to railways.

“While Airtel is serving around 1.95 lakh railway subscribers, Jio will serve 3.78 lakh personnel of the railways, and because of the increase in the numbers, we are getting a better deal from the service provider. As a result of this, we are likely to reduce our phone bill by around 35 per cent,” a senior official said.

Last month at the time of Indian railways floated the tender, Reliance Jio Infocomm had emerged as the lowest bidder for the account beating Airtel and Vodafone. Sources say that while railways had demanded free calls from the bidders and got it from all of them, it was the low cost data that pushed Jio as the frontrunner for the deal.