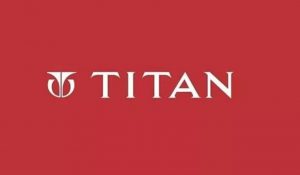 Jewellery and Watches maker Titan Company which is backed by Tata Group is the fourth fastest growing luxury company in the world with a compound annual growth rate (CAGR) of 19.7 per cent during the financial years 2015-2017, a Deloitte report said on Wednesday.

Titan currently ranks 27th among the top 100 global luxury companies in the world. The list prepared by Deloitte includes four other companies in the top 100 with Kalyan Jewellers is in the 35th position, followed by PC Jeweller (40), Joyalukkas India Pvt Ltd (47) and Tribhovandas Bhimji Zaveri (87).

The detailed report and analysis indicated that Titan’s high sales performance in its retail segment to new stores, new brand launches, and robust e-commerce performance through their website, Caratlane.

According to the report, regardless of global economic slowdown and recession in developed economies like China, Europe and the United States, the top 100 luxury goods companies generated aggregated revenues of $247 billion in FY2017, representing a composite growth of 10.8 per cent. Overall, 76 per cent companies reported growth in their luxury sales, with nearly half of these recording double-digit year-on-year growth, it said.

Commenting on the report Anil Talreja, Partner, Deloitte India said: “India continues to experience a high growth rate on the back of growing markets beyond the major metros and the emergence of HENRYs (High-Earners-Not-Rich-Yet).”

With implementation of new age technology in retail sector, the traditional definitions and characteristics of luxury are evolving, thereby creating new opportunities for both existing players and new entrants, said that report, adding that the next few years are going to be very robust and dynamic for the Indian luxury market with increasing growth and stiff competition seen especially in the bridge to luxury segment.

“Indian luxury brands that wish to be profitable by targeting the affluent, need to revisit strategies in a way that their products are inclusive and personalized and demonstrate a strong value proposition through authenticity. One critical index that deserves to be watched is the retail inflation index as this has a direct bearing on the luxury segment,” the report said.