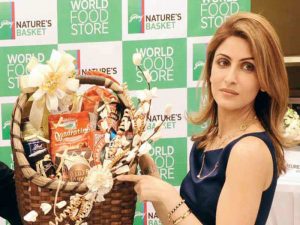 Nature’s Basket is a wholly-0wned subsidiary of Godrej Industries.

The acquisition will provide Spencer’s a strong presence in the western India market, which it had exited in 2013.

Nature’s Basket started its commercial retail operations in 2005. It reported a turnover of ₹338.3 crore in FY19, up 17 per cent from ₹289 crore in FY18. It has 36 stores across Mumbai, Pune and Bengaluru.

The deal is likely to be concluded within three months, said Shashwat Goenka, Sector Head – Retail and FMCG at RP Sanjiv Goenka Group. “This acquisition makes us a pan-India player,” he added.

“The acquisition of Nature’s Basket is expected to add to our top line. However, the impact on the bottom line will be clear in the long term,” Goenka said, without specifying how the deal would be funded. Spencer’s is a debt-free company.

According to Abneesh Ray, Senior Vice-President, Institutional Equities, Edelweiss Securities, the high-end grocery business in India is “niche, tough and loss-making”. “Consolidation continues to be in favor of core retailers,” he said. For Godrej, organised retail is a non-core business, market insiders pointed out.

Spencer’s Retail that currently operates 120 stores, including 37 Hyper stores in over 35 cities across India, said the acquisition of Nature’s Basket acquisition will make it a pan India player, giving it access to western region through the Nature’ Basket 36 outlets in Mumbai, Pune and Bangalore.

In a regulatory filing, Spencer’s Retail said its board of directors at a meeting held Friday approved a proposal for acquisition of entire 100 per cent stake held by Godrej Industries Ltd in its wholly owned subsidiary Nature’s Basket Ltd.

The consideration for the proposed transaction is around Rs 300 crore subject to adjustments in terms of the share purchase agreement to be executed with Natures Basket and Godrej Industries, and shareholders approval, it added.

“This acquisition will bring in many synergies in Spencer’s business and fits in well with Spencer’s omni channel strategy,” Spencer’s Retail said.

RP Sanjiv Goenka Group Sector Head – Retail & FMCG Shashwat Goenka said, “Nature’s Basket has a strong portfolio of private label brands, which has huge traction with its consumers. We believe there is huge potential to expand this to Spencer’s stores”.

Nature’s Basket stores are located in top and famous residential locations, having high sales throughput per square feet, and will add Rs 363 crore of top line to the Spencer’s portfolio, he added.

Natures Basket Ltd (NBL), a 100 per cent subsidiary of Godrej Industries, reported turnover of Rs 338.28 crore for the year 2018-19. The company sells various food products and beverages through its retail stores and online platform.

Godrej Group Executive Director and Chief Brand Officer Tanya Dubash said the sale of Nature’s Basket was necessary to “further unlock the immense potential of this brand and to grow it to even greater heights”.

The retail chain is known for stocking up on niche range of products like gourmet products, including imported food such as Italy’s Grana Padano Cheese, Blue Cheese, Parma Ham, and bluish-purple chips from the United States.