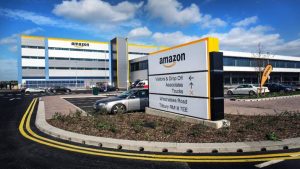 “With this massive investment, Amazon India has more than 3 fulfillment centers in the Southern State with a total processing area of more than 850,000 sq ft,” it said without disclosing the quantum of investment made.

This strategic move and expansion step will support Amazon, which is locked in an intense battle for market leadership with Walmart-backed Flipkart, to deliver products as soon as possible during the festive season or Big day sale period.

Unlike traditional warehouses, fulfilment centres are built, designed and equipped with highly automated pick, pack and shipping processes to facilitate safe and timely processing of orders.

In line with our vision to transform the way India buys and sells, we have been consistently investing in our infrastructure and delivery network, so we can increase our speed of delivery and provide a superior experience to both customers and sellers,” Amazon Vice President, Customer Fulfilment – Asia Akhil Saxena said.

He added that the expansion of Amazon.in’s largest fulfilment centre in India, the company will “create many more hundreds of skilled jobs in the region”.

In June, 2019, the company had also announced the launch of its largest delivery station in Telangana spread across more than 20,000 sq ft.

Recently, Amazon had announced of reaching its new milestone for its seller base that had crossed the five-lakh mark in the country, boosted by various India-first innovations and traders from small cities and towns. The e-tailer crossed the mark in its more than five years of operations in India, an official said.