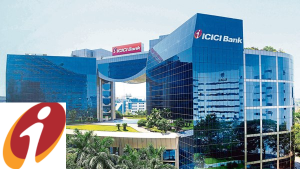 ICICI Bank said on Monday that it would open 450 new branches in the current financial year to expand its retail network. Of these, 320 branches have been made operational for customers, while 130 branches will be opened soon.

The bank said in a statement that it has crossed the milestone with 5,000 branches. With this, the bank has a network of more than 5,190 branches, extension counters and ATMs. The bank’s executive director Anoop Bagchi said that a large network of branches is very important for retail banking.

ICICI Bank will provide 3,500 Professionals will be hired

According to Bagchi, the branch expansion plan has not been much affected by the current recession. There seems to be enough scope for the bank to increase its presence. Bagchi informed that ICICI Bank will expand its network to 5,300 branches by March 2020. 450 branches are being opened for this. About 3,500 employees will be seen in these.

Taking advantage of the slowdown in real estate market and softening of fares, ICICI Bank is going to expand its branches and is going to increase its branch network by 10 per cent.

I believed digital banking has come a long way mainly due to low cost 4G data and demonetization leading to digital channels proliferation. Why is it still that leading banks are opening more branches in order to foster retail banking.

The bank reported a standalone net profit of ₹1,908 crore for the June quarter, against a loss of ₹120 crore in the same period last year, due to higher net interest income (NII) and lower provisions. Its net interest income (NII), the difference between interest earned and interest expended, rose 27% year-on-year (y-o-y) to ₹7,737 crore in the first quarter of FY20. Net interest margin (NIM), a key measure of profitability, expanded 41 basis points (bps) y-o-y to 3.61%.