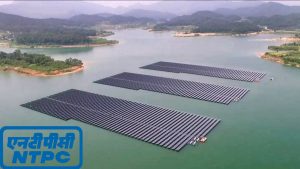 The company expects to build a 5 GW solar power park in the Kutch area of ​​Gujarat. The total investment of the project is about 2.8 billion US dollars, and NTPC plans to cooperate with other companies to implement the project. Kutch is already home to the Charanka solar project, India’s first solar power park, once the largest solar park in Asia.

The minimum tariff of India’s solar power projects is Rs. 2.44/kWh, which is currently being implemented in Gujarat and Rajasthan.

The 5 GW solar park in Gujarat will be the largest single power station for NTPCs in the renewable energy sector. Once put into use, it will also become the company’s largest power plant and become India’s largest solar power park. There is a 5 GW solar park program in Dholera, Gujarat and Ladakh.

These solar parks are part of the NTPC 2032 Corporate Plan, which aims to return renewable energy to 28.5% of the company’s installed capacity by 2032. To achieve this goal, NTPC set a goal of 30 GW solar power. In addition, it also includes 5 GW of hydro power and 2 GW of other renewable energy generation capacity.

Tata Power Solar won 105MWp bid of one of the largest floating solar plants in the world to be installed at NTPC Kayamkulam in Kerala.

Nabinagar Power Generating Company is a wholly-owned subsidiary of NTPC.

NTPC currently operates 53 power stations in total out of which 22 are coal-based, seven are of combined gas-liquid fuel cycle, two hydro as well as one wind project. Apart from this, there are 11 solar projects also operational under NTPC.