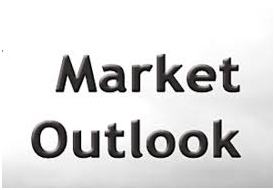 “Be selective in your battles, sometimes peace is better than being right”

Market moving in such a mode, where if you continuously try to find the successful trades then also it won’t provide you good results, so it’s better to trade limited than hunting for nothing. So be selective with your trades and when market is in consolidation mode trade limited.

“Sitting on a cash rather than losing with bad trade is also a kind of profit in a stock market.”

Last week as we mention that 7540 is good support and if able to close above 7600 then we can expect a reversal, and as per our view it able to move till 7797 level which is almost near to the life time high level.

After a recent gap down on chart, we seen “HAMMER CANDLE” at bottom level, and same was followed by “MORNING STAR” or we can say “ISLAND BOTTOM” or “BULLISH ISLAND REVERSAL” on further chart development.

So all the above patterns given a confirmation of recent up move in market, as per the rsi development we can see that rsi is still sustaining near to mid level of 50, and with the last pick point it has given “BULLISH DIVERGENCE” signal which given a good bounce back in market.

Now as per current chart development we can see that market is still moving into the range now, almost within a range of 7400 to 7850 levels.

So till the time this range is not broken we cannot see the trending market, right now it’s a phase of consolidation or a preparation for the next move.

If able to close with red candle near to 7850 level, then then could be possible reversal in short term trend which can bring market till further support level of 7700-7600-7500-7400

Overall on long term basis we can see 7400 is major support for the market now, so till the time its moving into range of 7400-7850, one can try to trade with mention support and resistance level.