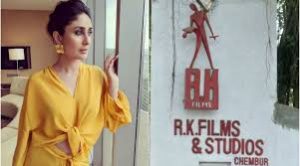 Godrej Properties aims to redevelop the entire property, spread across 2.2 acres, into a project spanning 0.35 million sq ft of sale-able area comprising modern residential apartments of different parameters as well as a luxury retail experience, Godrej Properties said in a filing to the Bombay Stock Exchange.

There was lots of media buzz back in 27th October, 2018, that the company was in talks with the Kapoor family to buy the property for nearly ₹200 crore.

R.K. Studios was the headquarters of Raj Kapoor’s film production company R.K. Films and was a hub of film shooting, particularly in the 1970s and 1980s.

“We are happy to add this iconic site in Chembur to our development portfolio. This fits well with our strategy of deepening our presence in key locations across India’s leading cities,” said Pirojsha Godrej, executive chairman, Godrej Properties, in the filing.

The company said the site was strategically located on the main Sion-Panvel Road in Mumbai and will cater to well developed social and civic infrastructure with multiple schools, hospitals, retail malls, residential, and commercial spaces in close proximity.

“We will seek to ensure we celebrate the remarkable legacy of this site with the goal of delivering an outstanding lifestyle for its residents,” Godrej said.

Randhir Kapoor, son of late Raj Kapoor, said the property has been of “tremendous significance” to the family over many decades. “We are excited to have chosen Godrej Properties to script a new chapter for this location and build upon its rich history,” Kapoor said.

In an interview published on 26 August, Rishi Kapoor, brother to Randhir Kapoor, told Mumbai Mirror that the family has collectively decided to sell R.K. Studios as it was no longer economically viable to rebuild after severe damage from a fire a year ago. Kapoor also said the family had considered renovating the property with a state-of-the-art technology.