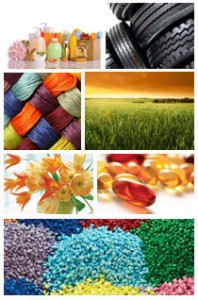 Atul Ltd. of the Lalbhai Group, headquartered in Atul, Gujarat, is one of the oldest business houses of India, with interests mainly in textiles and chemicals. Incorporated in 1947, Atul Ltd. (formerly Atul Products Ltd.) was founded by Kasturbhai Lalbhai with a dream to make India self-reliant in chemicals and generate employment on a large-scale. It was the first private sector company in the country to be inaugurated by Jawaharlal Nehru, the first Prime Minister of independent India. The company’s manufacturing plants are located at Ankleshwar in Gujarat and Atul, near Valsad in Gujarat. Atul also has offices in the US, the UK, Germany, China and Vietnam to service its international customers.
The net sales of the company products in 2012-13, increased by 12 per cent, from Rs. 1,746 crores to Rs. 1,964 crores. In India, its sales increased by five per cent to Rs. 986 crores, and in the export market it increased by 21 per cent to Rs. 977 crores. Profit before tax increased by 57 per cent, from Rs. 122 crores to Rs. 192 crores.
With a few projects of the company executed during the year and a few now under execution, along with some projects of debottlenecking, it targets to achieve a sale of Rs. 3,000 crores by 2015-16. Fifteen new projects have been identified, of which nine are for expansion of the existing products and six for new but related products with higher contribution margins and good potential for future growth.
COMPANY KEY HIGHLIGHTS.
• Production facilities in India (Ankleshwar and Valsad in Gujarat, and Tarapur in Maharashtra)
• Subsidiary company with production facility in the UK (Bristol)
• JV companies with production facilities in India (Valsad and Jodhpur in Rajasthan), Germany (Düsseldorf), South Korea (Ulsan) and Switzerland (Lugano)
• Distribution network for brand sales across India
• Wholly-owned subsidiary companies in Brazil (Sao Paulo), China (Shanghai), the UK (Wilmslow) and the US (Charlotte, North Carolina)
• Manufactures about 850 products divided into life science chemicals (90) and performance and other chemicals (760)
• Serves about 4,000 customers worldwide
• Owns 65 brands in crop protection and polymers.
technical chart reading for ATUL LTD

as per the current chart we can see that price has just moved above its long term resistance level now, rsi is also not moved in overbought zone yet so its having a scope to move over bought zone still.
so once price able to close above recent high level of 372 then we can get some confirmation of trend and price can give movement till 390-435 also.
← Previous Post
Next Post →