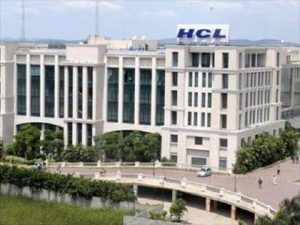 The state government had signed an agreement with HCL Technologies for the project last year.

Indian Hardware and Software services company HCL Technologies will invest Rs 750 crore to set up two facilities in Andhra Pradesh that will help create 7,500 jobs in next Ten years. The IT services giant is planning to setup its operations in Andhra Pradesh in two phases.

In the first phase, the Noida-based company will invest Rs 400 crore to build a Research and Development center in Kesarapalli village in Gannavaram. The facility is expected to accommodate more than 4,000 IT professionals.

“The creation of this Global Centre is aligned with our strategic vision to expand and create opportunities in the emerging cities. We are confident that HCL Global Centre in Vijayawada will be one of the best IT centres in the industry in the coming years,” Executive Director and CEO of HCL Corporation Roshni Nadar Malhotra said.

Through its ‘come back home’ campaign, HCL plans to attract talent who belong to Vijayawada and provide them with careers in areas of application and product development, including new technologies on demand.

The phase-I will commence with the foundation stone laying ceremony on October 8 and is expected to be completed in seven years’ time, employing more than 4,000 IT professionals, the statement added.

The phase II will be taken up later in Amaravati, the new capital of Andhra Pradesh in a campus of 20 acres.

The investment for this phase is expected to be Rs 350 crore and will include about 3,500 IT professionals in five years’ time.

HCL Technologies had surpassed Wipro to become India’s third-largest software service provider in terms of dollar revenue. The company clocked $2.05 billion topline in the April-June quarter, which is higher than Wipro’s $2.02 billion revenue in the same period.

In September, HCL had said that its joint venture with US-based State Street Corporation will hire 1,000 graduates and post graduates to run its new IT centre at Vijayawada, Andhra Pradesh. The facility will serve global clients of HCL Technologies.

India’s top five software services providers – Tata Consultancy Services (TCS), Cognizant Technology Solutions, Infosys, Wipro and HCL Technologies – collectively added 24,047 people to their workforce in the first quarter of this fiscal. The June quarter net additions of the top five IT sector players in the country was the highest in at least two years.