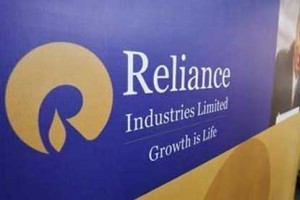 Reliance Industries is aiming to be “among top 5 petrochemical producers in the world,” Mukesh Ambani
Reliance Industries today promised to invest USD 8-10 billion in producing more gas.
BP CEO Bob Dudley and Reliance Industries Chairman Mukesh Ambani promised fresh investment of up to $10 billion in oil and gas but sought the government’s support in tackling regulatory issues and allowing the companies to sell natural gas at market-linked prices.
The two business leaders met Oil Minister Veerappa Moily, Planning Commission’s Deputy Chairman Montek Singh Ahluwalia and Law Minister Kapil Sibal. Dudley who is on his fourth visit to India, also had a separate meeting with Finance Minister P Chidambaram, in which Ambani was not present. The finance ministry has been at the forefront of moves to review the Cabinet’s decision to substantially raise natural gas prices.
Reliance Industries has said it will invest USD 3.2 billion in bringing to production the satellite D34 gas discovery to reverse the decline in output at the Bay of Bengal KG-D6 block.
RIL said the D34 discovery, which holds 1.2-1.4 trillion cubic feet of gas reserves, will start producing in four years with peak output of 12 million standard cubic meters per day.
Reliance Industries on Thursday announced an investment of Rs. 1.5 lakh crore in core business of petrochemicals and oil and gas as well as in retail and telecom sectors in the next 3 years.
Addressing company shareholders, Reliance Industries Limited (RIL) Chairman and Managing Director Mukesh Ambani said, “Reliance has embarked upon its largest investment programme in its history.”
The investments span oil and gas exploration and production, refining and marketing, petrochemicals, retail and broadband and digital services, he said.
RIL is aiming to be “among top 5 petrochemical producers in the world,” he said adding the petrochem capacity is being expanded to 25 million tonnes from 15 million tonnes per year.
“Reliance is making significant investment in all five businesses simultaneously — exploration and production, petroleum refining and marketing, petrochemcial, retail and broadband and digital services,” Mr. Ambani said.
Mr. Ambani said 4G telecom services would be pillared on “affordability and providing an unparallel range of services that do not exist today.”
“In the coming years Reliance Jio’s next generation digital infra and services platform will catalyse a transformation and will embrace almost every facet of India’s economic growth and social progress,” he said.
He said revenues for RIL’s investments in U.S. shale gas ventures has doubled.
RIL’s retail business has crossed Rs. 10,000 crore revenue and has achieved break-even.

look at the daily chart development of reliance, its a development of “SYMMETRIC TRIANGLE” on chart, able to move above resistance level, so now if able to cross 916-920 range and close beyond this then in coming days we can see target till 960-985

rsi able to cross the initial resistance and now touched the final resistance before moving to the overbought zone so keeping eye on rsi is most important in coming days.

for long term investment if anyone looking the we will try to study monthly chart of this one.

as per the monthly chart development we can see that it has made “SYMMETRIC TRIANGLE” and moved our from this and made 955 level, so as per monthly chart if able to close above 955 for 1 month then stock can try to give breakout for long term from here.

RSI also able to moved out from resistance level so price confirmation can give good move in stock for coming 1-2 years.