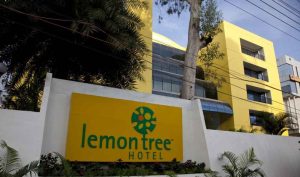 Lemon Tree Hotels Ltd, which tallies private value monster Warburg Pincus among its patrons, has gotten endorsement from the Securities and Exchange Board of India to glide a first sale of stock.

The medium sized Hotel Chain network got the SEBI approval on 22 December. With this, 46 firms have gotten freedom for IPOs so far in 2017, as per data made accessible on SEBI’s site.

New Delhi-based Lemon Tree had documented its draft outline for the IPO with SEBI on 21 September.

The public issue involves an offer of 195.79 million shares by the organization’s promoters and Warburg Pincus. The issue will see bring about a 24.9% stake weakening on a post-issue basis.

Warburg Pincus, through its venture arm Maplewood Investments, will offer 94.50 million offers, or a large portion of the 192.9 million offers it possesses. Its stake will drop to about 12.51% from 24.53%, according to the draft outline.

A month ago, we had revealed that Gurgaon-based School of Hospitality India Pvt. Ltd, established by industry veteran Dilip Puri, raised Rs 25.2 crore from a gathering of high total assets people including Patu Keswani.

The organization is India’s biggest inn network in the mid-valued section, and the third-biggest generally speaking, based on its controlling enthusiasm for claimed and rented rooms, starting at 30 June 2017. It is the ninth-biggest Hotel chain network in India regarding possessed, rented and managed rooms.

The organization straightforwardly claims a few inns and works some others through long haul leases for Hotels possessed by third parties. It likewise goes into working and administration understandings for a few properties.

The organization has an arrangement of 19 owned hotels, three possessed hotels situated on rented or authorized land, five rented hotels and 13 managed hotel properties as on July 2017.

The company’s chairman and managing director is Keswani, who has almost three many years of involvement in the lodging and accommodation area. Its income from operations was Rs 411.93 crore for 2016-17, developing at a compound yearly rate of 17.7% since 2013-14.