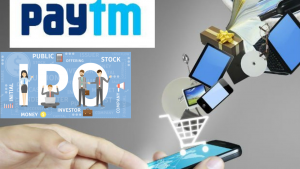 Paytm’s parent company One97 Communications is India’s most valuable unicorn, or privately held startup with a valuation of $1 billion or more.

In the next 22 to 24 months, Paytm may start preparations for an IPO. At the Hindustan Times Mint Asia Leadership Summit in Singapore, Paytm founder and CEO Vijay Shekhar Sharma said on Friday that Paytm is planning about an IPO.

Paytm’s parent company One97 Communications has a valuation of over $ 1 billion. Paytm is funded by SoftBank and Alibaba.

Vijay Shekhar Sharma said that before going public, he wanted his company to generate more cash. He said that by cash I mean free cash and not profit. They said that they are making money but they need free cash and only then will they go for listing.

The annual event of the Hindustan Times Mint Asia Leadership Summit is being held in Singapore on Friday, where the world’s top leaders are participating. From policy-makers to stalwarts of the world of science, art, technology and sports are participating in the event, where they are discussing the rise of Asia and Eastern countries on the political and economic front.

Marico, HDFC Bank, Page Industries, Asian Paints are considered to be consistent compounders of wealth due to their engine of growth and competitive moats.

Now, the scenario is completely different I believe. Due to the presence of VC’s and PE’s, the startups are over valued long before they bring their IPO’s. Just think at what valuations, companies like OYO, Paytm, Ola etc.will bring their IPO’s.

My question here is ” Is there any long term opportunity in the coming decades to spot good companies at low or reasonable valuations?”

Will the Indian Investor buy into the Unicorn Startup Hype?

Has India come of age to accept the likes of WeWork or Uber and put their money into a company that has never made profits, neither aims to!!!
So in a way, rather than speculative appreciation one can never expect dividends or any real earnings from a stock!!

With the frenzied beating of Asset Based stocks, it will be interesting to watch who subscribes to Valuation Only stocks!!

Can Paytm be the darling of the Indian Stock Market, though looks unlikely given our VFM mindset. But then again only time will tell!!!