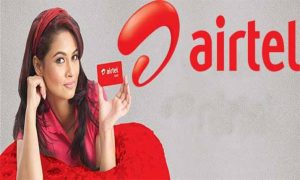 SoftBank is in exploratory talks to buy a stake in Bharti Airtel’s telecom arm and related assets. Sources told Business Standard the Japanese conglomerate may invest directly or via a holding company, but it’s early days since it usually backs startups or pre-IPO firms. SoftBank and the Mittals have a pre-existing relationship, including a joint venture set up to invest in social media and e-commerce, and a $1.25 billion fundraiser by Airtel Africa last year. Bharti Airtel – which posted a net loss of ₹2,866 crore for the first quarter of FY20 – is looking at monetizing assets to pare debt.

Investment giant Softbank is in initial negotaiations to buy a stake in Bharti Airtel’s telecom business and other assets, reported Business Standard.

The Japanese firm may buy stake either directly or indirectly through a holding company, said the report citing sources.

As per the report, there is a long way to go before the deal is finalized as Softbank usually invests in start-ups during the pre-initial public offering (IPO) stage.

The company is aiming to raise around $1 billion in a June equity offering, a source close to the deal said. Airtel operates in 14 African markets including Democratic Republic of the Congo, Kenya, Nigeria, Rwanda, Seychelles, Uganda and Zambia.

A further $200 million was raised in January from the Qatar Investment Authority (QIA), valuing the company just under $5 billion.

Airtel Africa is looking to trade on the main market of the London Stock Exchange, using its premium listing segment, which has more stringent rules than the European Union’s minimum requirements, and sell 25 percent of new shares to reduce existing debt.

Will having SoftBank on its side bolster Airtel’s chances against Jio? How do you see the battle panning out?