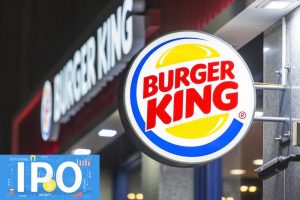 Everstone-backed Burger King India to file IPO prospectus soon. Burger King’s India unit looks to raise 4 billion rupees in Initial Public Offering. Fast-food major Burger King India is looking to go public next year and as per media reports the company plans to file a document for an IPO this week with the SEBI.

Burger King India, a major player in the domestic quick service restaurant (QSR) space, will file a document for an initial public offer (IPO) this week . The issue will comprise a secondary share sale worth Rs 600 crore by private equity major Everstone Capital and fresh fundraising worth Rs 400 crore, which will be used to fuel the burger chain’s expansion plan. Burger King India, which runs more than 214 outlets across the country, has no borrowings as of now.

Burger King has more than 200 restaurants across 50 cities in India, compared to about 400 McDonald’s restaurants in the region. The quick-service segment in India overall is growing at a compound annual growth rate of 7% and is expected to reach $63 billion by 2023, from $45 billion in 2018. India and Southeast Asia-focused private equity major Everstone Group is said to eye an exit from Sari Burger Indonesia (SBI), the master franchise owner of Burger King Corporation in the country.

Burger King India grew sales Year On Year in India by 66% as of March 2019, representing one of its fastest growing markets. Burger King Corporation stopped selling their famous Whopper burger for one day in order to increase the sales of the McDonald’s Big Mac. This was because McDonald’s were raising funds for children with cancer from sales of Big Mac’s. And on other hand Burger King UK withdraws plastic toys from children’s meals. Clever marketing campaign or an example of demonstrating we should do more collectively for good causes?

Everstone has managed Burger King India since 2013, along with the Coffee Bean & Tea Leaf, Copper Chimney, Bombay Blue and Noodle Bar brands in India. Looks like McDonald’s India needs to gear up for a challenge. Burger King India gets Rs 45 crore capital infusion. My comment on what lies next for Burger King in India with the latest infusion of capital by Everstone Group. Burger King expansion plan not slowed down; has turned EBITDA positive:

Life Insurance Corporation to be Listed on Dalal Street; will become Mother of all IPOs’ to Surpass RIL & TCS in Market Cap

Despite the surge in food aggregators, Burger King will continue to maintain focus on brick-and-mortar model. Everstone Capital is planning to replicate the effect by launching a ₹500-700 crore IPO of another King, quick service restaurant chain Burger King India, said two people aware of the development. Everstone has recently started work on the draft prospectus for the initial public offering (IPO), which it aims to file with the markets regulator Securities and Exchange Board of India in the next two months, said one of the two people.