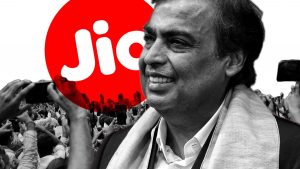 Mukesh Ambani backed Telecom Company Reliance Jio is gearing up to go public and aiming to debut on Indian Stock Market by Mid of 2020. The initiative for Reliance Jio Initial Public Offering has been planned by Reliance Industries since quite a long time. And on other hand Reliance top level executives are already in talks with couple of merchant bankers, Stock Exchange and consultants for the execution of the IPO.

However, the telcom company first priority is to get investors for the two infrastructure investment trusts (InvITs), which own the company’s tower and fibre assets , according to a report by The Economic Times.

“The telecom company has informed bankers that it expects to topple competition on the subscriber front shortly, which would bring in more revenue, and roll out its fibre to home (FTTH) network, all of which will ensure a successful IPO,” the business news daily cited a person as saying.

Reliance Jio which disrupted the Indian Telecom market with a data price war to grab market share is now loaded with huge debt since its inception in 2016.

Reliance Jio is planning to sell shares in the mid of 2020, according to a report, and the funds which will be used to pare its debt.

Reliance Jio was the only telcom company in India to report profit in the March quarter this year. Reliance Jio reported a standalone profit of Rs 840 crore for the quarter ended March 31, 2019. The telecom subsidiary of Reliance Industries saw its net profit jump 64.7 per cent as compared to Rs 510 crore reported for the corresponding period in the previous fiscal. The net profit for the financial year 2018-19 was Rs 2,964 crore, Reliance Jio said.

The company is also preparing itself for the next phase in the telecom industry with the roll out of 5G Technology. Jio will need huge amount of capital to take part in the bidding process of upcoming 5G spectrum auction that can help leapfrog the country into the next generation of mobile technology.

The company had reported a net profit of Rs 723 crore during 2017-18, amounting to an increase of 310 per cent. The standalone revenue from operations of Reliance Jio for the March quarter of FY 2018-19 was Rs 11,109 crore, in comparison to Rs 10,383 crore in the December quarter of the same fiscal.

This translates into a 7 per cent quarter-on-quarter increase. Reliance Jio reported steady growth in subscribers with net addition of 26.6 million during the March quarter. The total subscriber base, as on March 31, 2019, was at 306.7 million, the telecom company said.

Reliance Jio main objective is that raising money from the capital market through issue of shares will not only give the company more ammunition but also more room to borrow extra capital in coming future.