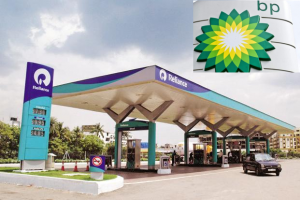 Reliance Industries Limited and BP announced the sanction of the MJ project (also known as D55) in Block KG D6, offshore the east coast of India. Mukesh Ambani, Chairman and Managing Director of Reliance Industries, said: “Bringing these three discoveries to production, as promised in 2017, by leveraging the existing infrastructure has been the primary objective of the Reliance – BP Joint Venture. The gas will satiate the increasing demand for clean fuel in the country, save foreign exchange and reduce dependency on imported gas.”

Reliance Industries said it would form a joint venture with British oil-and-gas explorer BP to expand retailing of fuels in India.

British Petroleum says we are teaming up with Reliance Industries Limited to form a major world-class fuels partnership for #India’s fast-growing market. The new joint venture will include a retail service station network and aviation fuels business across the country

On one hand, Government of India wants only electric vehicles to run, which scares Reliance plan in its quest of capex to increase retail and aviation fuel market share amidst its high leverage.
On other hand, BP along with all major Oil and Gas companies want to snatch the market share from the Big three Oil Marketing companies in India in the next 5 years.

A marriage made in heaven. Now looking forward for the stake sale in downstream business and retail business to bring debt to half. Big leveraged capex of reliance in last three years has sucked credit from the Small and Medium enterprise system leaving them to die. Now, its time to give them their lifeline back, that is borrow and survive.

BP continues Asia push with Reliance refined product joint venture – The two companies expect the deal to close in the first half of next year and to benefit from Reliance.

The news of Reliance-BP joint venture entering into fuel retail JV & opening of 5500 retail outlet in next 5 years will help both companies to achieve their individual goal separately.For RIL it’s opportunity to caped capex and channelize towards other emerging businesses.For British energy gaint BP Plc, it’s cementing opportunity to have entry into growing emerging market, which ultimately leads the further diversification into new vertical later on